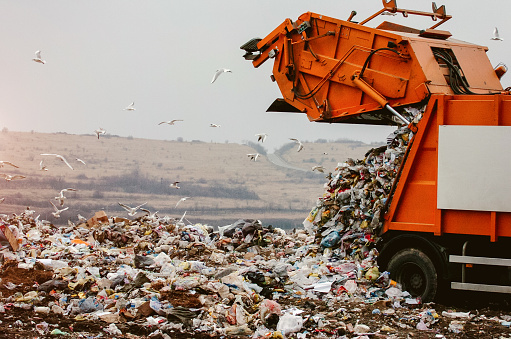 I recently attended the Coffs Harbour Waste Conference 2018, one of Australia’s leading waste conferences with over 600 attendees. As expected one of the primary points of conversation was ‘National Sword’, China’s new import ban of recyclable materials with over 0.5% contamination. Australia’s domestic materials recycling facilities do a very good job of sorting materials from our standard yellow-top co-mingled bins into individual material streams, however it is nearly impossible and financial infeasible to reach contamination rates below 0.5%.

Over the past decade China has been the world’s largest importer of recyclable materials, accepting over 30 million tonnes of material each year of which Australia contributes roughly 1.25 million tonnes. There is a common misconception that Australia simply dumps its rubbish onto China, but this isn’t true. Post-consumer recycled materials are a commodity and are traded under laws of an open market. Before 2011, the majority of Australia’s recycling was sorted, re-processed and sold domestically, however with China’s recent economic boom, China could simply pay higher prices for these materials and the domestic market collapsed.

The main concern now is that without a Chinese or domestic market the only financially viable options are to either stockpile materials, which has significant safety and health concerns, or dispose of them to landfill. With a now much smaller international market and decreasing prices for recycled materials, local re-processors will have to increase gate fees to cover the significant decrease in revenue and Local Councils will either have to increase rates, cover the costs themselves or find cheaper alternatives.

In Victoria, New South Wales and the ACT, council fees are expected to increase by about 1% and state governments are investing millions of dollars to supply councils with funding to cover these costs. It is great to see such quick action from these State Governments however this is only a band-aid solution. In Queensland where there currently is no landfill levy and a strong reluctance from councils to increase rates, we are already seen councils disposing of recycling to landfill. This is something no one wants to see, and we need to act quickly to establish a national policy and consensus on how waste and recycling is to be managed moving forward.

The conference had some great panel discussions involving local government, state government and industry discussing ‘National Sword’ and possible solutions. Many concerns were expressed about who is responsible however the overall sentiment of the conference was optimistic. ‘National Sword’ has, out of necessity, created an opportunity to establish new markets within Australia.

Governments need to work together to create new policy and provide investment support for industry to establish and operate a comprehensive domestic recycling and reprocessing market. This will likely not only create thousands of jobs for Australians but would be a great environmental outcome as well.