You are here: Home » All Categories » Modern slavery in Australia – the issue, the legislation and what to do about it

The term “Modern Slavery” has been in the news a lot lately. Companies all over the world – many of them household names – have been implicated in stories of human rights abuses, people trafficking and worker exploitation. In response, a number of countries including Australia, have developed or are planning to develop legislation to tackle the issue. Yet, despite the regularity of the stories and the prospect of legislation, many companies remain unsure of what modern slavery is, whether they are contributing to the problem and, if so, what they should be doing about it.

This brief is intended as a quick guide to help you get to grips with the issue, introduce you to the prospective legislation here in Australia, and outline the steps you can take to prepare your organisations for its arrival. 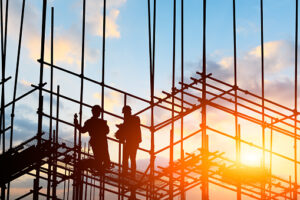 WHAT IS MODERN SLAVERY?

Slavery has officially been illegal since its abolition 100 years ago. Yet in that time, rather than stopping altogether, it has evolved and moved out of sight, adapting to today’s global market and open borders. The phrase ‘Modern Slavery’ gained traction when the UK government introduced its Modern Slavery Act in 2015, aiming to consolidate the different forms that slavery takes under one umbrella term. The UK Act encompasses human trafficking; servitude and forced or compulsory labour such as debt bondage; child labour; and sexual exploitation.

Efforts to address modern slavery are being made all over the world, but so far the UK’s Modern Slavery Act is considered the leading example. Aligned to the UN Guiding Principles on Business and Human Rights, the Act has created a legal obligation on business to take responsibility for exploitation that may occur as a result of their operations, products or services (1). In doing so, it has successfully raised the profile of modern slavery, and companies have been motivated to act, not only by the requirements of the legislation, but by the opportunity to publicly demonstrate commitment to and leadership on human rights issues.

WHAT IS HAPPENING IN AUSTRALIA?

Australia has quickly followed in the footsteps of the UK, with an enquiry into an Australian Modern Slavery Act in early 2017 receiving more than 200 submissions (2). This led to the government’s proposal for a Modern Slavery in Supply Chains Reporting Requirement. The consultation process for the proposal was completed in October 2017, and included national roundtable discussions with over 100 business and civil society organisations. The resulting legislation, due to be in place by 2019, is widely supported, reflecting a desire to eradicate the risk of modern slavery from business supply chains.

WHAT CAN WE EXPECT THE AUSTRALIAN LEGISLATION TO LOOK LIKE?

The proposed legislation, the Modern Slavery in Supply Chains Reporting Requirement, will be a more prescriptive version of the UK Act. Its main features are as follows:

PREPARING FOR AND COMPLYING WITH THE LEGISLATION

Effectively tackling modern slavery in lengthy and complex supply chains can seem like an overwhelming thought. It’s important to remember that changes to the way we procure, and manage supply chains don’t happen overnight, and majority of companies are only just starting to think about these issues. The best thing you can do is to begin your journey with some simple steps. Those could include:

Gap analysis: a systematic assessment of existing governance, policies and procedures can be undertaken to identify gaps and opportunities to strengthen your company’s modern slavery strategy.

Policies and procedures: following an initial review, it is likely that you will find that your company needs to put in place new policies and procedures to comply with the legislation, such as an overall strategy for addressing human rights, ethical procurement policy, remediation plan or due diligence procedures.

Supply chain hot spot mapping: a range of tools are available to help companies like yours identify likely hot spots and prioritise deeper analysis and activity on the areas within your company’s supply chains that present the biggest risk.

Engagement and training: experience from the UK tells us that education is crucial for an organisation to address modern slavery effectively. It may be useful to start to introduce your company’s senior management, key internal teams and major suppliers to the concept, so that they are well placed to respond to the legislation when it arrives.

The key is to start preparing early. Modern Slavery is a complex issue, and few companies around the world have made serious inroads into addressing it.

As such, it presents lots of opportunity for companies on the front foot to show leadership and to deliver huge social value while also meeting their legal obligations. Click here to download the brief.

The Edge team has expertise and experience in supply chain analysis, risk assessment, strategy and policy development, training and engagement. To find out more about how we can help your company, contact: