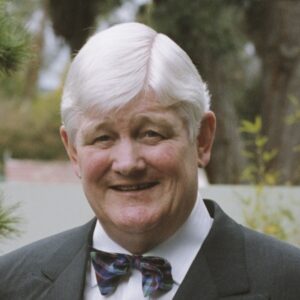 Given that large-scale circular economies don’t currently exist, this article is about ‘miniature circular economies’, which can be established fairly easily, improve industrial performance and can give rise to larger-scale schemes in the future, says guest writer Dr Robin Branson, director at Qubator.

The ‘Circular Economy’ is a strategy for achieving sustainable development. It has many descriptions, most of them derived from a perspective of collaboration between industry, government and ‘society’. Corresponding models (see google images) have at least two features in common.

The circular economy is about conserving resources. Significant conservation can be achieved by re-using waste rather than dumping it. Although post-consumer waste comprises a large proportion of squandered material, dealing with this stream requires dedicated, large-scale systems. Industrial waste represents opportunities that are readily amenable to forming miniature circular economies.

Industrial symbiosis, the process of re-using waste, is very much dependant on entrepreneurship. Government support, such as appropriate legislation and funding, is extremely helpful but a project is very unlikely to succeed without an entrepreneur or like-minded person undertaking the role of its champion.

Every circular economy depends on there being a use for waste materials. Finding that use is a critical part of industrial symbiosis but it is not sufficient. Developing the arrangements, which enable the material to actually be used, is just as important. These constitute the main tasks of the champion and they are fraught with risks. Although many projects may go pear-shaped, those that are successful make miniature circular economies worthwhile.

How hard can it be?

Intractable waste materials (those for which there is no obvious use) are particularly awkward. Therapeutic confectionery, for example, contains controlled ingredients such as antibiotics and was subject to special regulations necessitating secure landfill. It took about 18 months of research to identify re-uses but once established, the arrangements lasted more than 20 years, earning Qubator, the company that made the arrangements, a continuous income for the duration. Paradoxically, the material was used to generate ethanol, to produce methane and for stock feed rations.

Again, not all projects are a roaring success. I spent six years trying to find a use for trim waste (from the manufacture of disposable wet-cloths such as ‘Chux’). During that

time, the producer changed hands four times and eventually went into liquidation. We tried cat litter, animal bedding, mop heads, plaited ropes, needle-punched mats and even tested the material in fistulated cattle for its nutritional value in stock feed. Nothing worked until I came across the export of live lobster from Tasmania, in damp packaging. The exporter ordered mats but by then the needle-puncher had retired and his equipment became unavailable.

In another failure, I spent two years developing a use for scrap plastic that was so contaminated with aluminium foil it could not be returned to the supply chain. We tried several processes but the most promising involved briquettes made with the plastic and scrap coal dust that were substituted for lump coal used for process heat. Although I worked closely with senior management for the entire project, it was eventually kyboshed by the chief engineer because it only saved $50,000 pa. A disappointing though fortuitous decision; the business went bankrupt about 12 months later.

In 2007 I began a project with scrap gelatine, which arises from the production of pharmaceutical capsules. It was not technically difficult but dealing

with management was impossible. The floor staff couldn’t be bothered to change their routine, senior management could not control the floor staff and two production managers quit. After eighteen months I abandoned the project. Fast forward seven years: on 15th August 2016 somebody got in touch ‘out of the blue’ to ask if I could help find a use for exactly the same material from a different source. Her new-generation way of thinking and attitude of ‘can-do-anything’, so long as it avoids landfill, is very encouraging.

These projects aimed at ‘closing the loop’, and those that succeeded, are miniature circular economies. Waste is the physical dimension of industrial symbiosis, but  just as important is the human dimension or ‘social symbiosis’ – networks of people interested in sustainable development are a fundamental ‘organ’ of the circular economy. The National Industrial Symbiosis Programme (NISP), which operated in the UK for about 10 years until 2014, was one such network. Similarly, the NSW EPA Circulate programme is aimed at facilitating physical symbiosis. The NSW Office of Environment and Heritage (OEH) runs the Sustainability Advantage programme, which focuses on helping organisations become more sustainable but in practice it comprises an extensive network of individuals, co-ordinated by OEH.

Government-funded initiatives invariably have a ‘sunset’ after which, the results usually disappear into the darkness. With that fate in mind, the Australian Industrial Ecology Network (AIEN) was established in 2014 as an independent, privately funded organisation that would provide a forum in which like-minded people can pursue their common interest in sustainable development. The company supports the practice and academic study of industrial ecology. The AIEN also aspires to be the ‘go-to’ organisation for companies and institutions that want help dealing with particular issues. Edge Environment was the first corporate member of the AIEN.

In the grand scheme of a national circular economy, these initiatives may seem insignificant but they represent future-world thinking that forms networks, from which evolve collaborations that make a huge difference, eventually. One might ask how else will a circular economy evolve, other than by a proliferation of miniatures?