You are here: Home » All Categories » Make More Good in May – Want to wage a war on waste? Shop at your local co-op (if you have one) 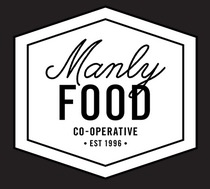 Edge Environment recently became a member at Manly Food Co-operative for our May ‘Make More Good‘ donation, chosen by Principal Consultant Jacqui Bonnitcha. It’s a grocery and whole foods store with a difference – it’s owned and operated by members, who are encouraged to volunteer their time and expertise to the running of the store, as well as purchasing the store’s local, organic food, of course!

Manly Food Co-operative received our ‘Make More Good’ donation in the form of a company co-op membership, which means Edge will now be making a habit of shopping at the store, while also contributing to its operations.

I was once on the co-op’s Board and can vouch that the organisation is kept running by a devoted group of volunteers trying hard to provide a sustainable alternative to regular grocery stores. Manly Food Co-operative was established more than two decades ago in 1996 and has stayed open, since then, almost entirely on volunteer time.

After travel, our food consumption is usually the next biggest source of environmental impact (at an individual level). The co-op (and other organic local markets) provides low/no packaging, organic/no pesticides and local/ethically sourced groceries. It’s also a place where you’ll find other like-minded people in the community who care about their health and the health of the planet.

So if you’re inspired by the ABC’s War on Waste series, a co-op or buying group like this is a good place to start reducing your impact.

Share This:
Edge goes bush with B CorpMake More Good in April – by donating to the National LGBTI Health Alliance