You are here: Home » All Categories » Make More Good for May: Kids Under Cover 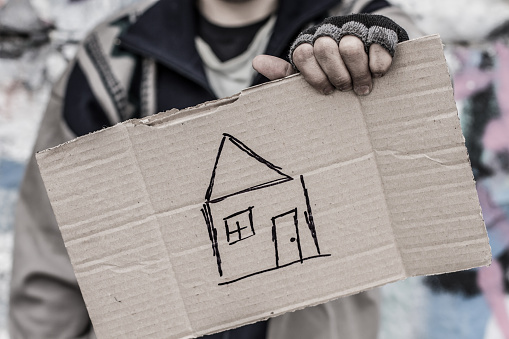 I often imagine what it’s like to be homeless. I imagine that there are many day’s where no one greets you or even calls you by your name, where you’re just invisible.  Imagine living day to day and wondering if anyone is going to look you in the eye and connect with you. To me this would be one of the biggest disservices of ‘being alive’, that no one see’s you. Homelessness and estrangement from society, what a brutal existence.  I genuinely cherish all of the simple luxuries of my home and established family life and because of this, I feel safe.

For this reason, my nomination for Edge’s Make More Good during May, is a charity called Kids Under Cover which focuses on early intervention into the issue of youth homelessness (for additional information please refer to the Burdekin Report which documents the findings of the Senate National Inquiry into youth homelessness – 1987).

Kids Under Cover was established in 1989 by a local Melbourne man, Ken Morgan OAM who felt compelled to fill the gap in support offered to young people in the community. The charity’s early intervention approach is practical, simple and effective as they provide relocatable studios that provide stable and secure accommodation for young people at risk of homelessness.  The organisation also complements this practical approach with scholarships for education (or job training) which in turn empowers young people to achieve their goals and remain connected to education and the community. This combination has proven to prevent young people from becoming homeless and most importantly, keep families together.

Aside from the humanistic merits of the Kids Under Cover program, the charity has also taken steps to quantify the greater contribution and social value. After reviewing returns over a six year period from 2010 – 2016, EY undertook a Social Return on Investment (SROI) analysis of the Kids Under Cover program to determine the socioeconomic returns for all stakeholders affected by the issues of youth homelessness and overcrowding. Their findings are very reassuring that programs such as these, have a significant impact for tax payers, services and our own communities.

The evidence provided by the SROI analysis has shown:
•  For every dollar invested in Kids Under Cover over (in the six year period analysed), $4.17 of social value is returned.
•  Over six years the Kids Under Cover model generated $63.129 million of social value.
•  The social value returned to the Government and to CSOs was more than $6 million across six years.
•  The criminal justice system, health system, and specialist homeless services have benefited from Kids Under Cover’s early intervention, resulting in sizable savings.(The homeless service system, providing emergency or short-term accommodation, accrues the majority of these savings, relieving pressure that would otherwise have cost $4 million over the last six years.

So if you like me want to make a difference, Kids Under Cover (and other similar organisations) are always looking for volunteers. Helping doesn’t always need to be in the form of dollar donations but rather your time, your professional skills (admin, marketing, law, finance etc) and your desire to personally make a difference. Please contact Kids Under Cover if you’d like to get involved: 1800 801 633.

Us young ones need homes too.

We are on the outside looking through.

We don’t like being in shelters or on the street

Where we are scared of everyone we meet.

We need places that we can afford

Without sky-high rent or board.

We’re being pushed from place to place.

Stop and think! We are also a part of the human race.

We don’t need much, just help us

And we won’t kick up a fuss.