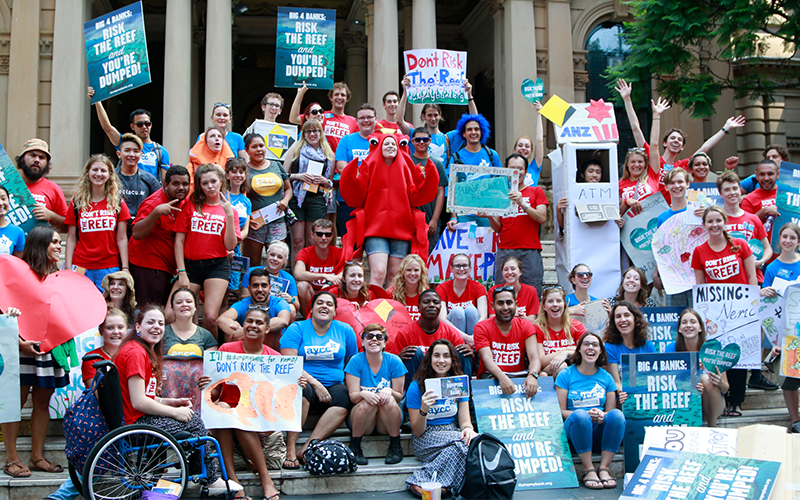 Edge Environment’s monthly ‘Make More Good’ donation sends $300 to a worthy cause nominated by a staff member. In January, Edge’s Head of Industry Engagement Richard Griffiths chose the Australian Youth Climate Coalition to be the recipient.

Working in sustainability, and particularly climate change, has been a tough gig of late. Daily stories of accelerating impacts – made real by live coverage of severe floods, record-breaking heatwaves, devastating bushfires and interminable droughts across Australia – make it easy to wonder whether we’re fighting a losing battle. At Edge, we get to work with some of the companies that are really making a difference, and are genuinely looking for ways to change the way they do business. But is that just a shiny veneer? Do the general public care enough for this to go beyond a few leading lights?

One of the most inspiring things I’ve seen in recent months – and something that helps me feel that the answer could be “yes” – has been the emergence of a strong, uncompromising youth voice on climate change. It’s hard not to watch footage of Greta Thunberg at COP 24 and wish that politicians across the world could have even half the passion and insight that she brought to Poland. Closer to home, we saw thousands of children across the country walking out of school last November to protest about the Government’s lack of action on climate change. Perhaps I’m being overly optimistic in drawing the line between the two, but it certainly feels like the public discourse has shifted at least in part as a result of politicians seeing that children (and, by extension, their parents) do care about this stuff.

And the protests aren’t going away. Around the world, kids of all ages are standing up, demanding action where there is none, flying in the face of the view that young people are apathetic about global issues. One-off strikes are now expected to become regular occurrences, led by kids that are social media-savvy, energetic and who feel like older generations have had their change and haven’t taken it.

That’s why I’m making this month’s Make More Good to the Australian Youth Climate Coalition. The AYCC has an incredible 150,000 people involved in its work, and has so much to offer in the build up to what I hope could be a game-changing election when it comes to the direction of Australia’s climate policy. If our donation can add even the smallest boost to that, it’s money very well spent.

Share This:
A steelmaker, a scientist and a carbon trader walk into a bar…Make more good for January: One Girl