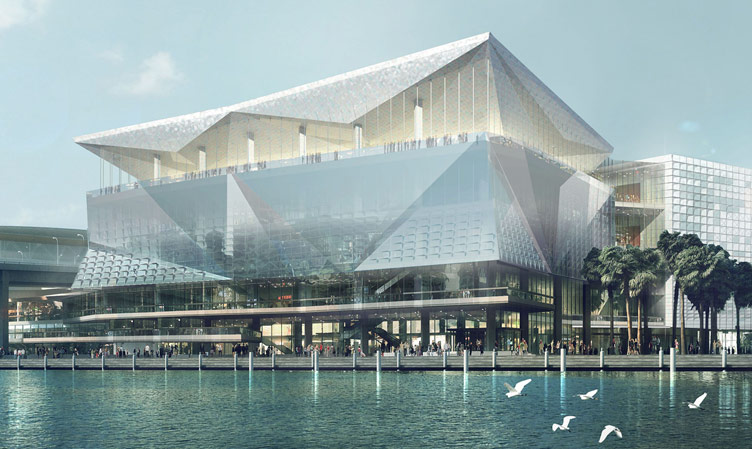 Last week, the Green Building Council of Australia and the Property Council of Australia hosted the 11th annual Green Cities Conference at the new International Convention Centre Sydney. The overarching message was that Data and Disruptive Technology is coming, but it’s only disruptive for those who don’t see it coming. Some highlights from the conference include:

The future is coming

Global futurist Chris Riddell, the first ever Chief Digital Officer (CDO) for MARS foods, opened the conference. He focused on future trends and ‘super trends’. In marketing, nowadays, the experience is always promoted ahead of the product. Crowd data is available freely and in abundance. Data is the new oil – we need to mine it. Data is becoming the new currency. Providing services and products that can enrich the user experience by utilising this increasing ocean of data is a key opportunity for innovation.

Did you know? Drivers’ licences are on the decline for young people in Victoria, because who needs to drive when a car will turn up at the push of a button?

There was a large panel discussion on density and how to do it correctly in Australia’s evolving green cities. Every urban setting must be designed for people, with a mix of residential housing (including social, affordable and unrestricted), uniformity and variability of building types, access and mobility (mass public transport access), and a mix of people from all backgrounds. The mega trends for urban living are aged care, affordability, wellbeing.

Did you know? Low density housing is affecting cardiovascular disease. In Tokyo (which is high density), only 5% of the population is obese, while in Sydney it’s 27%.

City of Vancouver, City of Adelaide and ACT leading the way

What about the POSITIVE NEWS stories?

Dr Angus Hervey and Tane Hunter of Future Crunch took the conference on a journey through some amazing scientific stories and successes happening out there that aren’t reported in the mainstream media. With their disruptive optimism, they opened eyes to all the good news stories, leaving attendees feeling much more positive about the future (confirmed by the digital, real-time before and after audience polls).

Like Future Crunch said, “Step out of the mainstream media bubble every now and again”.

Show me the green money

Sara Neff (Kilroy Realty Corporation), Roxana Isaiu (GRESB) and Andy Cavanagh-Downs (Sydney Renewable Power Company) chaired a session on unlocking finance. The overlying message was that capital providers do care about environmental and social issues, and that they are working towards their own sustainability targets through GRESB and other reporting tools (e.g. Dow Jones Sustainability Index). There are many new financial models popping up that make it easy to get capital and capture returns for renewable energy and energy efficiency initiatives; for example, the community-owned, volunteer-run, for-profit public company model that Sydney Renewable Power Company used to get a 520kW solar system on the ICC roof.

Reconciliation – More needs to be done to close the gap!

Traditional thinking: Australia’s first people spent 50,000 years as custodians of this land. Let’s re-integrate traditional thinking to create resilient cities and put reconciliation at the heart of these cities.